Do Web Developers have a good Work-Life balance?

Having a good work-life balance is the dream of every employee. This desire to have a great work-life balance has led to what others have called the great resignation. Employees have realized that more need to be done to make their lives better.

The COVID pandemic has contributed to the great resignation by keeping people at home, while people were forced to be at home, they had a great time reconsidering their work-life balance.

According to the U.S. Bureau of Labor Statistics, over 47 million Americans voluntarily quit their jobs. This number also includes developers. Due to the shortage of talented developers, some companies are now paying to interview.

This shortage of talented developers means that the available programmers will end up doing more work than normal to cover up for the shortage. In many companies, this has led to a bad work-life balance.

These are going to help us understand the work-life balance of web developers. According to Oxford, work-life balance means the division of one’s time and focus between working and family or leisure activities.

Thus, a good work-life balance is one that does not tilt the scales of work-life to one side. Let us consider the following;

DO WEB DEVELOPERS HAVE FREE TIME?

Free time in this respect is the time you have away from work or a programming project. Most web developers working to beat a deadline rarely have free time. Some web developers can work even after their 9-5 job.

Plus, web development is an ever-evolving field, there are always new technologies to learn and implement, and this takes quite a good chunk of a web developer’s time.

However, there are some web developers who have free time depending on the company they work for. Google for example has the famous 20% time (80/20 rule) where every developer is given 20% time to work on innovations of their choice. This is a good example of giving more time to developers.

Most developers are deeply immersed in their field that even with the free time they have, they use it for learning and researching more about web development. Such type of developers have made programming part of their life, as such, there is no distinction between their work and life.

The more free time your web development job offers you, the better your work-life balance will be.

With the great resignation and a shortage of a skilled pool of good developers, most developers will end up working longer hours than normal.

Working long hours is not a daily routine, most companies in the U.S. and other parts of the world have traditional working hours of 8 hours per, Monday to Friday, that is 40 hours per week.

However, since web developers can also work from home when need arises, extra work can be assigned. Imagine what would happen when the entire website is down, no matter what time it is developers will be required to fix it.

Most companies will offer extra pay for the extra hours you put in, meaning, some developers who work long hours will earn slightly higher, this, however, will hugely affect your work-life balance.

DO WEB DEVELOPERS GET PAID LESS?

The salary of any web developer will depend on more than one factor, it’s about:

The company you work for

The country you are working from

Your qualification and experience

According to Glassdoor.com,” The estimated total pay for a Web Developer is $97,751 per year in the United States area, with an average salary of $84,571 per year.” However, in some countries, web developers get paid significantly less compared to those in the U.S. Canada, U.K, Australia.

How much you earn as a web developer will greatly affect your work-life balance. Developers who earn less are more likely to work more in order to raise more income to meet the demands of life.

Being able to travel is a great sign good of work-life balance. The nature of web development does not restrict you from traveling, as long as you have your computer with you and a good internet connection, you can work from anywhere, anytime.

Web developers can work while traveling, what matters is whether they can afford traveling expenses. If money is no object, web development is one of the best fields for traveling and working at the same time.

Companies such as Twitter, Facebook, Google, Slack, Microsoft, Dropbox, Shopify, Coinbase, etc. allow some of their employees to work from home.

Other companies such as Google have programs for their employees to travel as part of their work, during the process, employees are given a smart walking stick, which takes photos that google can use in their projects.

It’s a win, win, employees are able to see and map new places and google gets more data for google maps and other projects.

The shift in employers’ culture to provide perks for developers has improved the work-life balance for many developers.

Many companies are providing a lot of incentives to keep talented developers. The more companies do this, the more the work-life balance of developers will improve.

With working from home being a thing, most web developers can spend time with their family and friends and also take part in leisure activities.

Thank you so much, happy coding 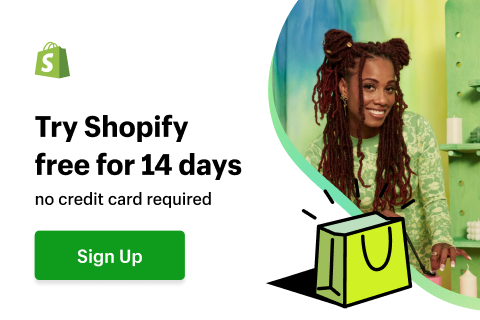 Can web developers have tattoos

Where Do Web Developers Get Their Images

Do Freelance Web Developers use WordPress