Should a web developer learn Rust?

Learning Rust as a web developer is completely optional, you are not going to write any direct Rust code in your web applications. But if you want to work on Databases, IoT, DevOps tools, Search Engines, and web services, Rust is a great choice for that.

Rust has been the most loved programming language for six years consecutively. The same survey reported that Rust is used by 7.03% of all professional developers, and it continues to be rapidly adopted by companies and individuals.

Rust is a general-purpose, statically-typed, compiled programming language. It is often referred to as a language that empowers everyone to build reliable and efficient software. Rust is designed for performance and safety, it is known for enforcing memory safety.

WHAT CAN YOU BUILD WITH RUST?

Rust has grown in popularity over the years. Popular software such as Dropbox, Firefox browser, Cloudflare, etc uses Rust. Many companies such as Microsoft, Amazon, Google, Facebook, Discord, Mozilla, and many others use Rust in production for different projects.

Rust is designed with an orientation towards systems programming, it provides the benefits of low-level programming languages like C or C++ but with much more flexibility and ease of use. Rust is not directly used in web development but when coupled with web assembly, you can do wonders with it.

If you want to use Rust as a web developer, you must first familiarize yourself with WebAssembly. WebAssembly allows you to run applications made with low-level programming languages like C, C++, or Rust in the browser.

Rust does not have a mature ecosystem for direct use in web development. There are Rust-based web frameworks that you can use for web development, but the community is small and you will have to do many of the things yourself.

Here is the list of some of the most well-known Rust web Frameworks. You can use any of these to work on web applications.

Rocket is a Rust-based web framework that makes it simple to write fast, secure web applications without sacrificing flexibility, usability, or type safety. It is one of the most popular Rust web frameworks.

Rocket is easy to use, it is boilerplate free, and extensible. It also provides first-class support for JSON. You will be able to develop, test, and launch your web app without much difficulty.

Actix web is a popular Rust-based pragmatic web framework. It is powerful and extremely fast. It provides logging, body compression, static file serving, TLS, HTTP/2, and much more out of the box. It also allows you to create and share reusable components for Actix web applications.

Trillium is a modular toolkit for building async rust web applications. It is simple and straight to the point. Trillium also allows you to scale up to complex applications. Its simplicity makes it a great choice if you are just getting started with Rust for web development.

Gotham is a flexible Rust-based web framework that promotes stability, safety, security, and speed. Gotham is straightforward and easy to use. It uses the power of Tokio to provide async out of the box, it also uses Hyper to further enhance async.

Other Rust-base web frameworks such as Poem, Tide, Axum, Warp, Salvo, and Thruster, are used but are not popular. Although there are quite a number of Rust-based web frameworks, using Rust for web development is not a popular choice.

Many programmers use Rust for systems programming and embedded, resource-constrained software and large systems. Performance, efficiency, speed, and correctness are some of the considerations for many professional developers in choosing Rust. 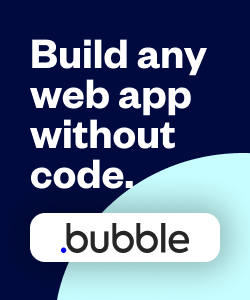 Is Learning Web Development Worth It

How to become a Web Developer without a Degree