If you are interested in building command line tools, network services, embedded systems, webAssembly, or systems programming, you should learn Rust.

On the other hand, Kotlin is a cross-platform, statically typed, general-purpose programming language with type inference. It is designed to interoperate fully with Java.

If you want to work on web frontend, server-side applications, multiplatform mobile apps, and Android applications, you should learn Kotlin.

Popularity, opportunities, type of projects, salaries, resources, learning curve, etc. are some of the factors that many people consider when comparing programming languages and choosing which one to learn or use.

If you want to learn a programming language or framework solely for its popularity among developers, you should learn Rust over Kotlin.

Generally, Rust is more popular than Kotlin. According to a Stack Overflow survey of 2022, Rust is the 14th most commonly used programming language, it is used by 9.32% of developers.

On the other hand, Kotlin is the 15th most commonly used programming language, it is used by 9.16% of developers according to the same survey.

It is worth noting that Go is a newer language compared to C#, it is actually rapidly growing in popularity. There are slightly more developers who love Go than those who love C#.

Rust continues to grow in popularity and it has received a lot of love from the developer community, Rust has been the most loved programming language for seven years straight.

Ultimately, if your choice of which programming language to learn depends on popularity, you should learn Rust over Kotlin.

On the other hand, Kotlin developers get an average salary of $69,318 per year, about $17,000 less than Rust developers.

Glassdoor reported that in the United States, Rust developers with 1 – 3 years of experience get a Total salary of $98,610 per year.

On the other hand, Kotlin developers with 1 – 3 years of experience get a total salary of $98,405, just slightly less than Rust developers.

So, if the salary is your major incentive for learning a language or framework, you should learn Rust over Kotlin, because you are more likely to get a higher salary as a Rust developer than as a Kotlin developer.

Some programming languages can be learned more easily than others. Both Rust and Kotlin are beginner-friendly languages and you will not have many difficulties learning either.

Generally, Kotlin is easier and more beginner-friendly than Rust. Kotlin has a syntax that is easy to write and read. If you are already familiar with Java or C#, you will find Kotlin much easier to work with.

On the other hand, Rust can be a little bit challenging, especially for complete beginners. If you are familiar with systems programming, you will find Rust very easy and straightforward.

Even when you are targeting low-resource devices, Rust will give you low-level control without giving up high-level conveniences, this makes it a little bit easy to work on systems.

The good news is that there are plenty of helpful resources for both Rust and Kotlin to help you learn the languages. The Rust and Kotlin communities are very active and helpful, in case you get stuck with something.

If you plan on working on applications where top-notch performance is critical, you should use Rust over Kotlin.

Rust has great unique features that make it suitable for building command line tools, network services, embedded systems, and more. One of the best features of Rust is how it handles memory.

While developers have to manually handle memory management in languages like C++ or use a garbage collector with languages like Java, C#, Kotlin, Go, etc. Rust takes a unique approach;

Developers can still handle memory without shooting themselves in the foot with a concept of ownership and borrowing. This makes it easy and quick to build reliable and efficient software.

Rust can also interface with other programming languages such as C and C++, it has a foreign function interface that can be used to call code written in C from Rust and to call Rust code from C.

Rust also has a library called CXX that can be used to call C++ code from Rust and to call Rust Code from C++.

There are many companies using Rust, some of the popular ones include Dropbox, Firefox, Cloudflare, Microsoft, Amazon, Google, Facebook, Discord, Mozilla, NPM, etc.

Kotlin is a modern programming language that makes it very easy to write server-side applications and develop Android apps.

In 2017, Google announced that the Kotlin programming language is now its preferred language for Android app developers.

Another great feature of Kotlin is its interoperability with other languages like Java. This makes it easy to call JVM frameworks and libraries in a Kotlin codebase and vice-versa without issues.

As a result, developers can add more functionality to their Kotlin projects seamlessly using Java libraries and frameworks.

Kotlin powers some of the complex applications developed by companies like Google, Atlassian, Corda, Amazon, JetBrains, Pinterest, Under, Netflix, Duolingo, OLX, Evernote, Coursera, Gradle, Spring, and many others.

IS RUST BETTER THAN KOTLIN?

Rust is better than Kotlin for systems programming and performance-critical applications. But when it comes to Android development and web development, Kotlin is the best choice because of the features we have highlighted above.

Although both Rust and Kotlin are general-purpose programming languages, their common use cases are quite different, this becomes a little bit difficult to compare them.

Once you have compared the languages and evaluated all the factors, you can choose which programming language to learn or use depending on the factors that are on your side and what you want to build.

If you want to earn a higher salary, develop systems quickly, and work on command line tools, network services, embedded systems, and webAssembly, you should learn Rust over Kotlin. 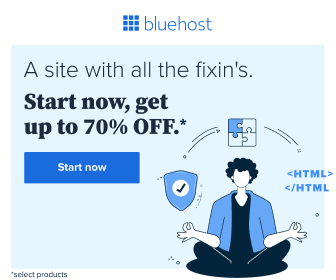